Pufferfish (or blowfish) is considered a delicacy in East Asia; it is also one of the most poisonous vertebrates in the world.

It’s commonly known by its Japanese name, Fugu; many people know it from the Simpsons episode where Homer accidentally eats a poisonous part of the fish. 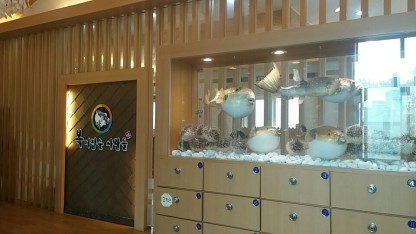 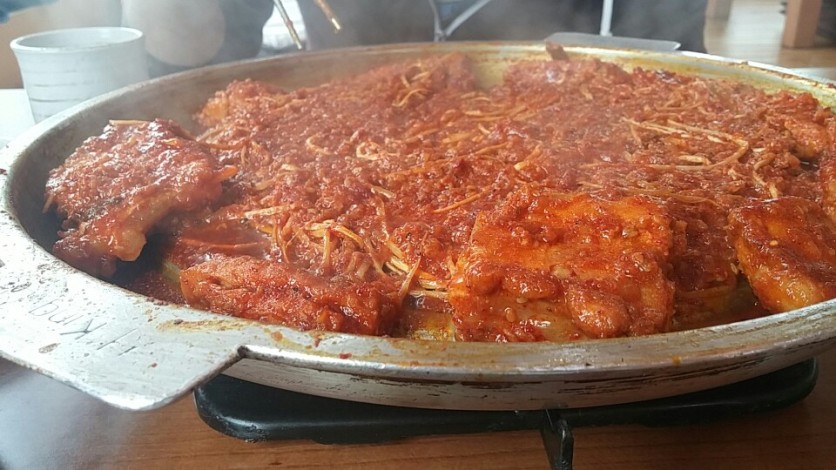 We didn’t realise what it was when we went to the restaurant, we just picked a restaurant that was close by because we were short on time. It is a tasty fish, the sauce is very spicy but the flavour of the fish still comes through. The grilled version we had is very low risk for poisoning; blowfish sashimi is higher risk, some people specifically eat it for the tingling lip sensation that a small amount of the toxin gives.

We also reviewed the restaurant on the Pohang Restaurant Guide.